Sugar manufacturing works broadly on a ratio of 7:1. We need to process about seven tonnes of cane to produce one tonne of raw sugar. This varies depending on the type of cane, the CCS (commercial cane sugar) content, the season and a host of other factors.

The cane crushing season typically runs from June to November. Our mills run 24/7 during the season, with planned stops every two to three weeks for scheduled maintenance.

The process of turning sugarcane into raw sugar crystals starts at the shredder, a key piece of plant that tears the cane into fibrous material. The shredded cane is then fed through a series of crushing mills that squeeze out the juice and leave the fibrous material (called bagasse) behind.

The juice is pumped into a clarifier where impurities are removed, then an evaporator where it is boiled under vacuum into a concentrated syrup or liquor. This syrup is about 65-70 per cent sugar.

The syrup is further concentrated by being boiled in a vacuum pan. This is also where the syrup is ‘seeded’ with small sugar crystals, in a process called crystallisation.

When the crystals grow to about 1mm in size, the syrupy mixture is discharged. It goes into a centrifugal which spins at high speed to separate the syrup from the sugar. The raw sugar is tumble dried before being transferred to the mill’s bulk sugar bins for short-term storage.

A co-product of the sugar manufacturing process is molasses – the dark syrup that remains after sugar crystals have been formed and removed from the clarified cane juice. 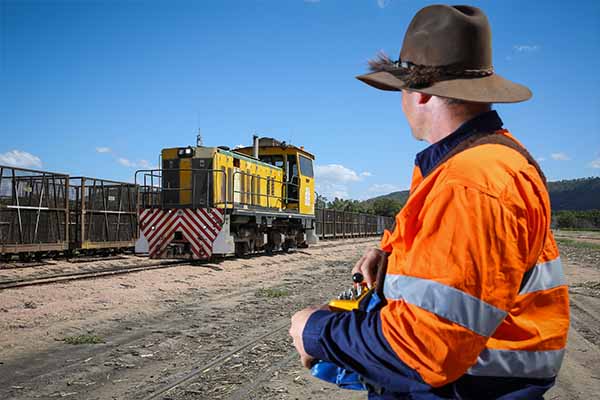 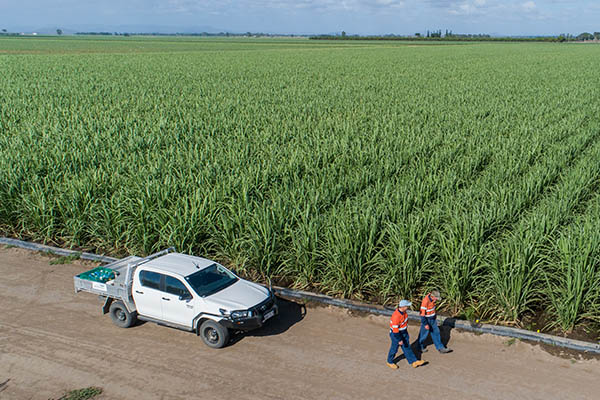 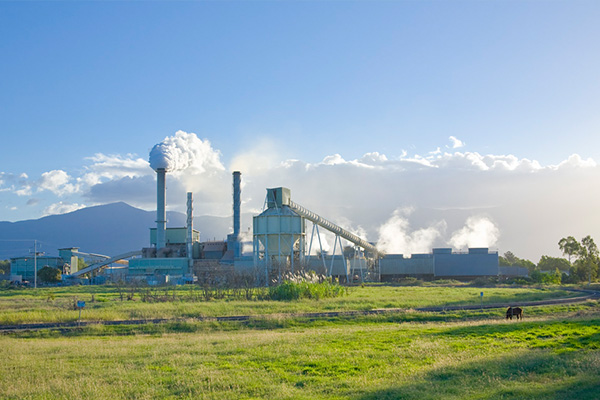 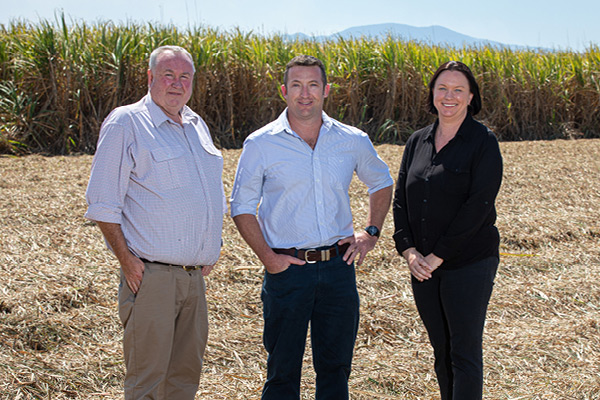