Cane trains on the move 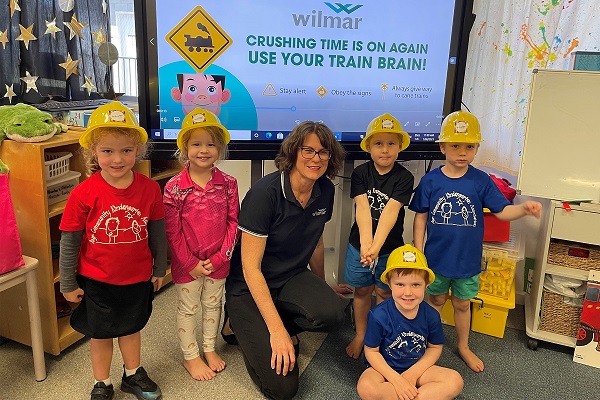 Cane trains are on the move as we gear up for the start of crushing next week.

Wilmar’s four Burdekin mills are on track to crush the first cane for 2021 next Tuesday (8 June).

But cane trains are already on the move in that region and residents are being urged to use their train brains.

“It’s really important that people approach level crossings with caution and look out for cane trains.

“We’ve had a few months without cane train activity and people naturally become complacent. With the crushing season now just days away, we’re urging residents and visitors to switch their train brains back on.”

Wilmar’s Community Relations Manager Kylie Newman visited the Ayr Community Kindergarten this week to talk to students about why they should stay away from cane trains and never play on or near cane railway tracks.

“We really want our youngest community members to understand just how heavy cane trains are and how much time they take to stop,” she said.

The kindergarten children watched a video about the sugar manufacturing process and were each given a plastic ‘Wilmar’ safety hat.

They also watched Wilmar’s train brain song animation and a video reel of crashes and near hits from the 2020 season.