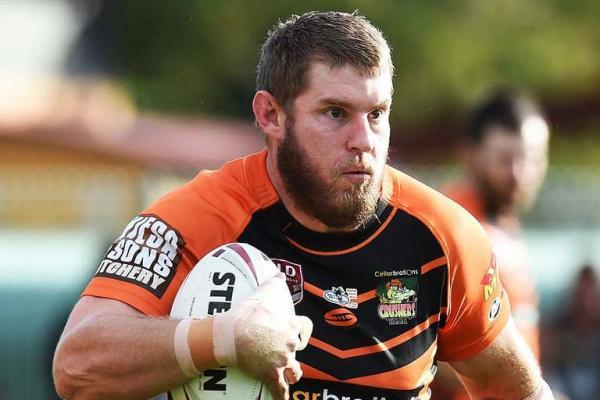 Todd Cockburn is no stranger to the footy field,  but tonight he will pull on his footy boots for the most important kicks of his career.

Known within our milling business for his footy legacy, Todd, a Major Works Coordinator at Victoria Mill, was quick to volunteer to be the goal kicker for the Ronald McDonald House Charity at tonight’s Cowboys game.

He’ll be representing Wilmar as part of our game sponsorship, and raising money for one of our charity partners, Ronald McDonald House.

His challenge: Kick as many goals as possible in 60 seconds during the half-time break. Each goal earns $100 for Ronald McDonald House, donated by Toyota.

Having spent that last 19 years working at our Herbert Mills, it’s a lot of pressure on Todd and his footy skills. He said he has been practising his goal kicking all week in preparation for the moment.

But it’s not just Todd’s skill on the field that got him involved. His three-year-old nephew Austin was recently diagnosed with non-Hodgkin lymphoma, so the family spent three months in a Ronald McDonald House in Brisbane earlier this year.

Todd said that, as soon as he heard the goals would raise money for Ronald McDonald House, he immediately put his hand up for the job.

“It’s something little I can do to try and help out.

“It’s more personal to me that the money raised will go to Ronald McDonald House, so I am definitely aiming for those 10 goals, to get the donation to $1,000.”