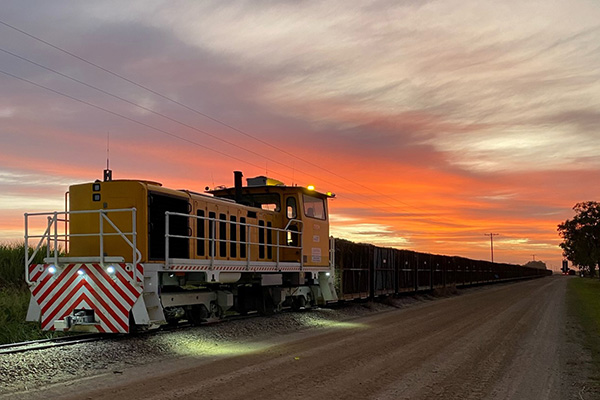 Our eight sugar mills are in full swing after a challenging start to the 2022 season.

A significant rain event at the beginning of this month put a stop to harvesting across all of our milling regions.

The Herbert was first to resume harvesting and crushing operations after a seven-day weather stop, while other regions were out for around two weeks.

The cane crop continues to cut above estimate across all regions, with the biggest percentage gain in the Plane Creek region.

We have revised our total crop estimate to 16.05 million tonnes – an increase of 770,000 tonnes on the pre-season forecast.

The combination of a larger crop and lost time due to wet weather will put pressure on season finish dates, making it critical that all sectors work together to get the crop off.

• Both Herbert mills have settled into normal operations and loading has increased to full supply after the wet weather.
• Bin weights have improved on previous years. This is supporting higher crush rates and underpinning efforts to get the crop off.
• The Herbert crop is continuing to cut above estimate and has been revised upwards from 4.4 million tonnes to 4.7 million tonnes – an increase of 300,000 tonnes.
BURDEKIN

• Harvesting and crushing operations resumed at all four mills last week, after a wet weather stop spanning more than two weeks. However, wet field conditions continue to pose challenges for both harvesting and milling operations.
• Electricity exports from Pioneer Mill’s cogeneration plant have been suspended until bagasse stocks are replenished.
• The Burdekin crop has been revised upwards from 7.94 million tonnes to 8.15 million tonnes – an increase of 210,000 tonnes.
PROSERPINE

• The factory has settled down after some start-up challenges following the wet weather event, and we plan to further increase the crush rate later this week.
• Bagasse stocks, which were under significant pressure, are now rising to more comfortable levels.
• The Proserpine crop has been revised upwards from 1.64 million tonnes to 1.7 million tonnes – an increase of 60,000 tonnes.
PLANE CREEK

• The factory restarted well after the two-week rain stop and the crush rate is increasing as cane supply improves.
• Cane quality has been much better than expected, with no increase in mud loading to the factory despite wet field conditions.
• The Plane Creek crop continues to cut above estimate and has been revised upwards from 1.3 million tonnes to 1.5 million tonnes – an increase of 15%.
PAUL GIORDANI
General Manager Cane Supply and Grower Relations