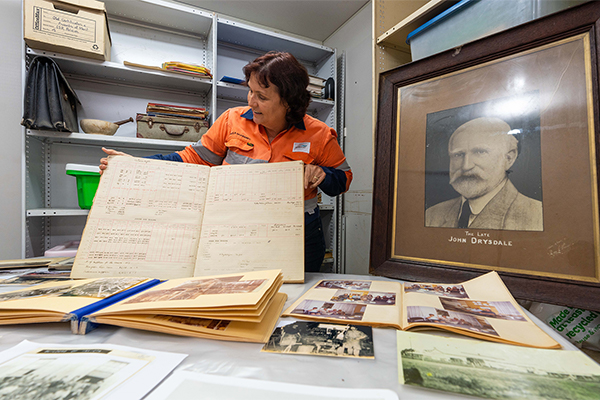 Our Invicta Mill at Giru will celebrate its Centenary in August.

A full day of celebrations will be held on Friday, 13 August to mark the milestone.

The festivities will kick off with a barbecue breakfast for employees in the morning and culminate with a Community Night at Giru’s Brolga Park.

Invicta Mill Production Superintendent James Wallace said an official ceremony and morning tea would also be held, at which the retired 12-tonne Invicta locomotive would be dedicated and left on permanent display outside the mill.

Mr Wallace said the mill had a special relationship with the town of Giru and it was hoped all of the community would come out to help celebrate the Centenary.

“The relationship between the mill and the town is symbiotic,” he said. “The mill is vital to the ongoing life of the town, and the town supplies the mill with goods, services and, most importantly, people.

“About a third of our workforce lives in the broader Giru area. Many of those employees have had multiple generations of their family work at the mill.”

This is the case for Wilmar Programs System Specialist Paula Scarabel, a Giru local whose connection to the mill dates back to its establishment.

“My paternal great great grandfather was one of the original cane growers who supplied the mill. My maternal grandfather owned a truck and delivered wood to the mill for the boilers from 1944,” she said.

Mrs Scarabel has spent the past few months immersed in old photos, records and memorabilia to research the history of Invicta Mill for an historical exhibition that will be on display at the Giru QCWA Hall during the Centenary celebrations.

“It’s been wonderful to go through all of the old records, some of which date back to before the mill was established,” she said.

While this year marks 100 years since Invicta commenced operations at Giru, the mill operated in two other locations before finding its permanent home in North Queensland.

It was originally located on the Richmond River in New South Wales, where it commenced crushing in the early 1880s. It was then dismantled and moved to South Kolan, near Bundaberg, where it was re-erected in 1906-07.

The mill was dismantled again and moved to Giru in 1919. The significant logistical exercise was overseen by F.E. Barbat & Sons, from Ipswich.

“We actually have the original, handwritten letter from F.E. Barbat & Sons confirming the details of the purchase and relocation of the mill,” Mrs Scarabel said.

The letter will be on display in the historical exhibition, alongside many other pieces of mill history. The full Centenary program is available here.