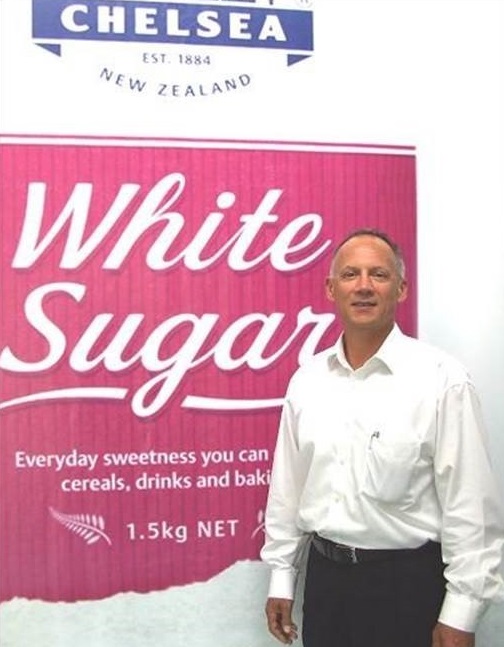 A surfing trip to Queensland led to a 40-year career in sugar for New Zealand Sugar’s John Ellis.

Born and educated in New Zealand, John came to Australia after finishing university.

“I had family on the Gold Coast,” he said.

“I was a keen surfer so I came out and went surfing but I ran out of money, so I needed to get a job.”

John was fortunate to secure a position with CSR – the former owner of Wilmar’s Australian sugar assets – an opportunity that led to a successful career in the sugar industry and his current role as NZ Sugar's Chief Financial Officer.

“I was recruited in Brisbane and started at Macknade Mill in Ingham as a commerical officer,” he said.

“I had the good fortune to work at a number of mills. I worked at Victoria Mill (in Ingham) and also Kalamia in the Burdekin.

“The training and support you got through CSR in those days was really great.”

When John decided to head back to New Zealand at the end of 1985, he was offered a position at Chelsea Sugar Factory.

“I was initially a financial accountant and went through the ranks,” he said.

“I’ve been the Chief Financial Officer for about 15 years.”

Along the way, John met his wife, Mary, who was also employed with New Zealand Sugar at the time.

“We were a bit of a Chelsea romance.”

He said he was proud of how Chelsea had adapted in the face of significant challenges.

A key example was the deregulation of New Zealand’s sugar industry in 1986, which nearly ruined the business when a flood of imported sugar hit the domestic market.

“We had to change the way we operated,” John said.

“We got efficient on a global basis. It took took us a few years but we really did improve the business.

“Today, we’re still servicing the New Zealand market and exporting because we’re globally competitive. Being a part of that has been fantastic.”

John said it was a pleasure to work at Chelsea.

“People want to come to work and do a great job,” he said.

“It’s a really positive culture. That’s why you get people like me who hang around so long.”

John will mark 40-years of service on 30 March.

He and his family recently celebrated another important milestone in March, with daughter Phoebe getting married on the grounds at Chelsea Bay.

“It all went brilliantly,” John said.

“Just being able to have it there was really special for both me and Mary.”